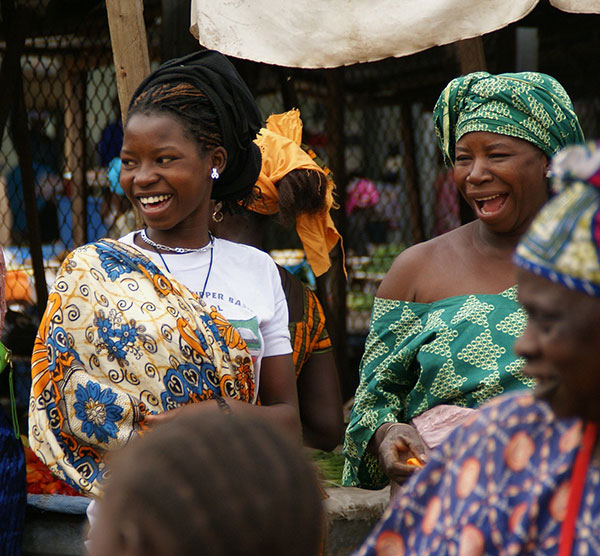 Located in western Africa, The Gambia covers an area of 11,295 km2, a narrow strip only 50 km wide on the coast stretching 480 km into the interior of the continent.

The country is surrounded on three sides by Senegal and crossed in the middle by the Gambia River. Only on one side, The Gambia opens up to the Atlantic Ocean with beautiful beaches and coastlines. But Gambia is more than just sun, beach and sea, there are also adventures and many nice people here.

The Gambia is only about two hours by plane from the Canary Islands. No other country in the world is so „closely“ connected to its river, for it is divided into two halves by the river. Not one bridge leads across the Gambia River to the other side. So one is dependent on the approximately ten ferries that cross the river. The capital Banjul with 50,000 inhabitants is only the second largest city after Serrekunda. The Gambia has a total population of 1,700,000.

The basis of the Gambian economy is agriculture. Peanut is the main export product. In addition, basic foodstuffs such as millet and rice are also grown for self-sufficiency. Cotton and fish are also exported.

Tourism has played an increasing role in the Gambian economy in recent years. It is not only the second most important source of foreign exchange, but also creates jobs for the local population.

Despite intensive efforts by the state in recent years, medical care is inadequate. There is currently one doctor for every 12,000 inhabitants. In the country, the distance to the doctor is often more than 20 km.

Larger hospitals are only available in the conurbations. Successful programmes to combat AIDS have helped to reduce the incidence of the disease. It is significantly lower than the black African average.

Gambia is 13° north latitude and 16° to 13° west longitude and the climate is tropical with a distinct rainy and dry season, which lasts from November to May and is influenced by the dry northeast wind (Harmattan) from the Sahara.

The temperatures remain almost constant throughout the year, although peak values of over 40°C can also be achieved. The relative humidity remains in the range between 30 and 60 percent.

The typical savannah picture of Africa with large animals such as elephants, giraffes or lions will not be found here. These were already exterminated by the big game hunters in the colonial times. Only hippos and crocodiles can still be found. Various monkey species, antelopes, hyenas as well as aardvarks and warthogs are still native here. However, The Gambia is a paradise for ornithologists. More than 500 different bird species have been counted here and new species are still being discovered.

The vegetation consists mainly of savannah landscape, which is interspersed with bushes and occasionally with bamboo or acacia forests. In the mouth of the Gambia River you will find huge mangrove forests, which offer the native birds good nesting places. Only about 5% of the country is still covered by forests. However, these have now been protected and declared a national park.

The Baobab (so called monkey bread tree) often draws the typical landscape of The Gambia. The north of the country is strongly influenced by the Sahara climate and is therefore very dry. In the south of the country the vegetation is more luxuriant. Tropical rainforests and palm forests can also be found here.